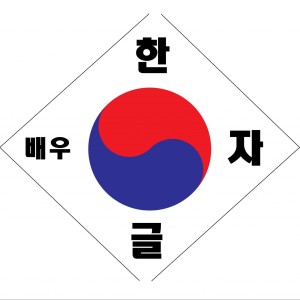 I stared in horror at the mountain of shoes, smelling of sweat, dirt and pain. Each shoe a part of an identity, ripped away from thousands unwillingly. Uniformed officers streamed into the concrete building, carrying containers and containers of shoes, jewelry, and clothes. I thought of the memories behind each leather shoe, each diamond ring, each patterned dress. Memories that were stripped from its owners and deemed just another item.

I saw a tiny red shoe, big enough to fit a baby, and felt a pang of sorrow and helplessness. Another happy member of a family, joyful and worriless, oblivious of the pain to follow. Another life gone in the hands of its fellow humans. I thought of the baby, someone with a life to live and thoughts to think, wasted and forgotten. The pile grew in number and the stench of death grew stronger as I thought of all the lives taken that day.

Next to the red shoe I saw a blue and ribboned shoe, and it introduced to me the mother of the family. With her selfless care, she spent all her energy into her precious baby. Until the end, she stayed with her child, protecting him with all the motherly love she had. She longed to give her child a life with hope, a life that was long and prosperous, but she never could. She was another powerless prisoner, who lost everything she cared for.

I saw a large black shoe, now worn and without shine, and pictured the owner that used to wear it. He was the head of a prosperous family, a manager of a bank, working hard and doing no wrong. But in an instant his privileges were taken without mercy, until all he was left with was his body. Money, prominence, identity, life, hope, future; all taken. I saw the pile and tried to remember the forgotten lives in each of the hundreds of shoes.

I saw a worn-out slipper, caked with dust, torn, and ripped. Telling me the stories it kept, and I listened and wondered how another man could use one’s power to render those stories forgotten. The owner had greying hair, sitting on a rocking chair, and calmly listening to her family at the dinner table. She had lived a long and tumultuous life, now with great wisdom, wishing to spend her last years with her family. But the worst event of her life was also her last, spending her last moments helpless, and without hope.

A soldier approached my group, and we knew what was to happen. I spotted my own brown sandal in the pile. I realized that I was an addition to a number once again, just like each of the owners of the shoes I thought about. My hope, thoughts and future were nothing to be anymore. As I lingered on that thought for a moment, I marched along the dusty road, cries of sorrow drowned by the shouts of soldiers.

Dedicated to all victims of the Holocaust, both living and deceased.

Portugal is a beautiful European country located in the Iberia region, near Spain. It was part of the Roman Empire

I stared in horror at the mountain of shoes, smelling of sweat, dirt and pain. Each shoe a part of