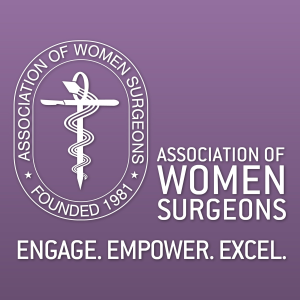 Portugal is a beautiful European country located in the Iberia region, near Spain. It was part of the Roman Empire since the 3rd Century BC, divided in the provinces of Lusitania in the south and Gallaecia, in the north. The famous Portuguese cobblestones have centuries of history, and Roman Emperors and European kings walked on these streets.

This is a country with a medieval flavor, so special and unique that it became the inspiration for J.K. Rowling for many of the settings and vestments for the Harry Potter saga. Wandering through its old cities, we can watch medieval festivals and enactments, like the Obidos Medieval Market, in July.

Due to its nice weather, travelers from all over Europe appreciate to visit Portugal in the winter, leaving their harsh climate behind. During the summer, tourists enjoy the beaches, concerts, and parties. Portugal receives a lot of Erasmus students, College students from other European countries who go there to study in the Universities of Lisbon, Porto, and Coimbra for 6 months, as part of their curriculum courses.

The most visited cities are Lisbon, Cascais, Porto, Coimbra, Braga, and the Algarve, the last one being the first destination for British visitors. However, Porto is the most exquisite and charming place, deserving the hype of becoming the hub for artists, students, athletes, and retirees. Porto Football Club, the European Champions League winner in 1987 and 2004, has recently achieved again a certain degree of success in the UEFA Football Champions League, reaching the quarter-finals in 2019. Iker Casillas, the former Real Madrid goalkeeper, was one of Porto’s stars, until his retirement for health reasons this year.

The city of Porto rests near the Douro river, with its beautiful Don Luis bridge. The old neighborhood with its hills and houses looks like a children’s logo building. Climbing the hills at night makes us feel like walking thousand of years into the past of this unique and elegant city, with its history of conquest, victories, and drama.

Porto hosts many good restaurants, mostly in the Old City and the Boavista Roundabout. Going there, try the Portuguese restaurants, with fish recipes, the “Francesinha” special dish, and the nata pastry. But one can find many ethnic and varied cuisines there, such as Italian, French, African, Indian, and others. And do not forget to taste the famous Port Wine and the Green Wine, celebrated by kings.

The Casa da Musica (House of Music) is a place for concerts and art expositions. Porto breathes culture, music, and art, with its museums and theaters, usually at the rhythm of the Fado, the typical Portuguese music, melancholic and fierce, born in the city of Lisbon in the 19th century, but influenced by the “Cantigas de Amigo” (songs of a friend), from the Medieval Ages.

Why do we write poems, or is it why should we write poetry? It depends on one’s objective. For some,

A Season To Reflect

It’s a season of unrest, a reason to reflect upon the temporality of things, of people — the abrupt losses