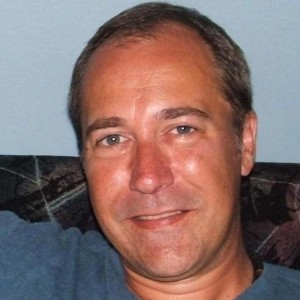 For every good a penance must be paid, a cost , some pay in blood or tears, others with their lives. For me, it was my soul.
I had not stopped running since it was decided that the church held sway over England. My own church, the ancient Celtic see of St Fillian was outlawed and its priests, of which I am one, were condemned. A new crusade had begun.

Many of my fellow priests were crucified, as they stood by our rites and traditions but a coward I fled. North, the hold of Rome was not so tight outside of southern England. Many Scots still followed the old ways but since the vile calumny lodged against Somerled and his subsequent assassination, even the warriors of old were turning to Rome. From the rolling hills and pastures of Argyll I fled again, to Ireland, where my church was still held in reverence but the North was held and controlled by the Scots king who was a devout follower of Rome and so I south, hiding in the forests, needing as much as I was able to with the odd service, matins worship.

In one of the remnants of the great Caledonian forest near Leinster, hiding, unable to follow the road, I met a woman gathering herbs. She was fair in an Irish way, pale skinned, freckled and but lovely in her own rough spun way. I was garbed in only peasants’ clothes but she took pity on me and offered me some bread and water. We sat upon some rocks and talked for a while. Firstly, of the weather and the cold wind from the east that brought not only snow but the hated English and their ways. I admitted to being English, hoping that would not cause her to revoke her charity, it did not, she laughed, her green eyes sparkling. “You are a priest then, making your way to Kerry and safety? I nodded but said nothing. “I could already tell, you are too soft for the hills and fields here, your language too pure, I am surprised that you have made it this far. Come home with me, you will get a decent night’s warm sleep and some soup in the morning before you go upon your way but go you must as the Scots are close by and hunting these woods for the likes of you.”

Her hovel was clean, the fire banked with nasty smelling mud that sparked and stank but kept the small place warm and I was grateful for that small mercy. Some water and an apple were my as she busied herself with separating and hanging the herbs and wild vegetables to dry.

I was given a blanket and a place near the fire, Maeve slept on a small pallet near where I lay. My journey, long and filled with danger, this respite; a blessing, and for once, warm, with a full belly; I fell asleep instantly.

I woke in the dark of night to see Maeve naked crouched before the still glowing fire, the skin of her back was covered with tattoo’s that seemed to shift and move in the flickering fire glow. Her head turned and she saw me looking. “It is ” she said, and pulled back my blanket and lay beside me, the erect nipple of her tiny breast brushing my chest as she came close to me.

Priests of St. Fillian are not held by the strictures of Rome and so are able to marry and have children, there is no sin in this. I will tell you nothing of our nights together except that they were warm and filled with love.

I did not travel south but remained with Maeve and though we were not married in the eyes of the church, we were together. I would often wake to see her sitting naked by the fire but this is a cold, wet, country had little comfort. I watched the tattoos on her back each time she rose and saw that it was not the flickering firelight or the shadows of the room that caused them to move, rather that they moved of their own accord. I watched them intently, fascinated, until I saw myself in them, my body dead and broken, my eyes, open, white, unseeing, Insects making their homes in my dead body. I remembered that I was already dead, the ball entered my chest as I ran from my hunters, my body falling onto soft grass as the life fled from me.

Maeve turned and smiled at me, her face changing, growing longer and thinner, her hair growing as dark as a raven’s wing. Her smile predatory. “your reward for a good life” said the Morrigan.
The reaper of the dead.

How to Improve Your Writing

Many have asked what’s the best way to improve your writing. Reading The most important one is to read across