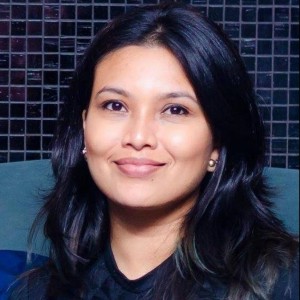 Blue. Like the color of his intense eyes. So hauntingly mesmerizing and that it halts me every time.

I watch him dance with a beautiful woman and yearn for humanity. Wanting to feel his skin, caress his gold hair, and look into his blue eyes.

When I first met him, he was only 18 years of age. Stumbling on the wet rail tracks in new town, England, many years ago.

It was his time.

He was far too intoxicated to realize the train was speeding towards him. When I descended to extract his soul, I met his eyes first.

For the first time in thousands of years, I froze. I instantaneously felt uncertain of my task. I questioned myself and my duties. The duties I did every hour, every day, for centuries.

Before the train collided, I pulled him to safety.

He realized he was being saved. But not by the same immortal being assigned to take his soul. He muttered strange words which I understood as “gratitude.”

Since that night, I could not forget about him. His beautiful eyes. His golden hair.

My omnipresence helped me observed him. He was a profoundly troubled person. He wanted more from his depressing, mundane life. His past was dark and burdened with trauma.

Then success arrived. Fast. He was caught in a whirlwind of experiences. The movie premieres. The magazine covers. The fancy parties. The women. The sex. The Drugs. Then finally, her.

She was breathtaking. A true goddess. But she did not understand that he possessed a wounded soul. I watched him endure pain in silence for years. The love. The hate. The highs and lows. And then she left.

His recovery was better than expected. He focused on his career that demanded travel all around the world. And that is when death called him for the second time.

In Bangkok, a fire threatened to take over his life. As I took him away to safety, I thought I saw a flicker of recognition in his eyes.

It cannot be. We do not have a face. The angel of death has many forms; none of it permanent in the human world.

He caresses the ring he wears, as he thinks of her.

He is no longer troubled. No longer burdened. He feels at peace.

I cannot express human emotion, but I have watched him intently, enough to feel it.

I always wonder if he will ever know me for who I am in this world. For in the next, I will not see those blue eyes again.

The church was empty, the stone scoured by fire, the bulging, sturdy red sandstone blackened by the fires that had

Our Love is a Tragedy

To my dearest, I don’t know why I waited till now to write this, but here I am. This is